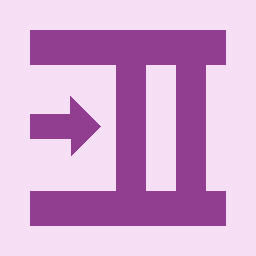 This completely free modeling software runs on Windows and Linux on 32-bit and 64-bit platforms as a graphical or terminal application.

Don't wait for years to receive the simulation result, get it now.

Write your model once, simulate anywhere.
Significantly revised OpenSIMPLY 4.0 has been released.


OpenSIMPLY demos 4.0 have been released.

The project is an open source software currently supporting Delphi and Lazarus/Free Pascal.

Computer simulation with OpenSIMPLY is very easy and suitable for people of any experience.

You only need a few lines to run a model. Look at the simulation examples.

The OpenSIMPLY as modeling software offers two styles of simulation modeling: block simulation and Simula-like simulation. Both of them provides discrete event simulation approach but at different levels.

Block simulation provides a palette of ready-to-use modeling components (blocks). Each block type represents a queue, server, router, etc. The blocks are connected in the required order, and the necessary parameters may be specified. Any simulation block can be extended in terms of parameters and functionality.

The second style is an advanced one and very similar to the Simula programming language. This style provides the opportunity to create much faster simulation models. Even Simula models (with some adaptation) can be run in OpenSIMPLY.

Both styles can be used together. Simulation blocks can be used to describe the general behavior of a model. The time-critical section can be implemented using advanced modeling technique.

Learn more about the simulation styles.

The OpenSIMPLY provides global, selective and deferred statistics gathering modes. The latter mode allows the user to take into account the steady state of the model in order to avoid a significant decrease in the accuracy of the results.

The project provides full flexibility to describe the behavior of the model providing the dynamic model feature. The blocks may be relocated during the simulation, so the model configuration can be changed on runtime.

The OpenSIMPLY package contains detailed documentation with runnable examples, pop-up help for the Delphi and Lazarus IDEs, and a step-by-step modeling tutorial for getting started quickly.

When using a model of the system under study, one simulation run gives a single graph point of the characteristic of interest. For a linear function, two points are sufficient. Typically, most characteristics require at least several graph points for the function curve plotting. In practice, quite a lot of such such points are required to obtain a smooth curve of a function graph. For acceptable error of simulation results, the number of entities in the simulation model should be large enough to run, especially for complex systems. Therefore, the simulation software should run very fast so that you don't have to wait a years to get results.

OpenSIMPLY is very fast and capable of automatically performing multi-run simulations of the same model with different input data. Built-in flexible formatted output is suitable for both approximation tables and visualization. Learn more

OpenSIMPLY is great for educational purposes. With a clear and simple representation of simulation approach, beginners make fewer mistakes, but can focus more on modeling. learn more

Traffic simulation Initially, the project was developed for traffic analysis with a clear and simple modeling ideology. Using the built-in traffic theory routines, the simulation results can be verified for some degenerate cases. Even some complex models can be checked too. learn more

Network simulation A fairly complex and large networks can be simulated with OpenSIMPLY as well. Simulation blocks for network routers, packet filters, broadcasts, and more simplify the creation of network architecture models. The entire network route of any packet can be saved and analyzed. learn more

For special agreement or for extra features write a message.